5G and Implications for IoT Devices

What is 5G and why do people care?

5G stands for fifth-generation cellular wireless, and it’s next generation wireless network technology that has become the next marketing battlefield for US cellular carriers. The hype behind 5G includes faster speeds, higher efficiency and service quality, and lower latency (or smaller delays in data communication over a network).

5G’s impact on consumers will be mostly felt through increased speeds in high dense usage areas which allow devices to communicate and share data faster. When it comes to smart homes devices, for example, faster speed helps to reduce lag and improve the speed in which any connected device sends and receives data and notifications. And the reduced latency will make the time it takes for cell phones or other devices to make a request from a server and get a response appear to be instantaneous.

5G is here, and IoT has never looked better

Our advice when it comes to realizing the business benefits of any IoT device is – don’t wait. You may be considering modernizing your IoT device and upgrading it to 4G technology, so you can take advantage of the costs benefits of M1 and NB radios. Now that 5G is here, we can see that there won’t be any significant changes in network or device technologies in the near future (10+ years). After 2G’s sunset, some businesses had thoughts about going directly to 4G, which was very expensive at that time since those technologies were not available yet. With LTE Cat 1, costs decreased significantly, and later with Cat M1 and NB1 radios costs decreased even more. These radios will not change for some time, and they are ready to ship in volume today.  Major mobile network operators have deployed  significant amounts of cat M1 capability and are starting to move into rural areas, which creates expanded opportunities for taking advantage of this technology.

IoT use cases are diverse, ranging from simple and common fleet tracking systems, to more a complex execution like smart cities. Some use cases require simple data collection from a few basic devices in a relatively closed system, while others use advanced analytics, and a large number of devices with huge amounts of data. IoT is actually in an optimal place in terms of cost vs benefit with the latest cellular radio coming down significantly in price over the years ($25 vs $10).  So don’t hold off your IoT project, everything you need for a future proofed low cost solution is on hand. The required elements for an IoT device with a 10 year lifespan are available today and ready to go. 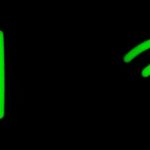