Design Verification Test (DVT) is the process of checking each aspect of a new device’s design to ensure it functions as required. Most engineers understand that if they design a new enclosure, they need to test that the enclosure doesn’t leak or break when dropped. Many engineers, however, don’t know what DVT entails for a radio. Wireless communication is often implemented using a radio module and it’s often assumed that because the module is tested by its manufacturer, no further testing is needed. This is not the case, you have to test anything that you added to the module. These key concepts below are terms specific to cellular radio testing but they apply to any radio product development.

Total Isotropic Sensitivity (TIS), or Effective Isotropic Sensitivity (EIS), refers to the sensitivity of a receiver system averaged over all directions. This includes the performance of the antenna, the transmission line and RF circuits connecting the antenna to the receiver, and the receiver itself. This is a single number that represents the aggregate ability of the radio product to “hear” a desired signal.

To determine TIS, the whole radio product is placed in an anechoic chamber. An RF signal is generated using test equipment or a known good and measured “golden unit”. Known data is then sent to the receiver and the received data compared to the sent data. This is known as a Bit Error Rate (BER) test. Power from the signal generator is lowered until a predefined BER threshold is reached. The receive sensitivity in that orientation is then the signal level (say-106dBm for instance) at the specified BER (1 error in 10k bits for instance). To get the isotropic measurement, you repeat this test changing the orientation of the radio link to get data points from all angles over a sphere.

Why it is important: From a business standpoint, TIS needs to be good or your product won’t work as well as it could. A competitor can make the same product, ensure it works properly, and now their product works noticeably better than yours. Your customers will see that and this will show up in your product reviews. How many times have you encountered a device with wifi that just seemed to have terrible range vs. your other wifi devices? This is a very common issue for GPS devices.

TRP is measured in an anechoic chamber. Similar to TIS, the transmitted RF power is measured at a series of angles and elevations, typically every 15 or 30 degrees, at both vertical and horizontal polarizations. These measurements are then integrated to calculate a single number that is the total power radiated from the device.

The measured TRP should equal the conducted power of the radio into the antenna plus the antenna’s average gain. If the measured TRP is off more than about 2dB, there’s likely something wrong with the impedance match between antenna and transmitter or with the test setup.

Why it is important: From a business standpoint, TRP needs to be good for the same reasons as TIS. This is how loud your device can “talk”. Most radio systems like cellular, wifi, bluetooth etc. have link budget expectations of how much power “the other end” transmits and if your device isn’t on par with those expectations, your device will again be seen as weak vs. competition.

Intentional Radiator, Radiated Spurious Emissions (RSE) refers to when a transmitter generates radio signal emissions on frequencies other than the intentional desired transmit frequency while transmitting.

To measure RSE, the whole radio product is placed in an anechoic or semi-anechoic chamber. The transmitter is turned on in whatever mode is closest to continuous transmit the product will do and the test system measures RF power at all frequencies outside the intentional transmit signal bandwidth. Typically failures are at harmonics of the desired transmit frequency but there are a wide variety of failure modes that can result in many other emissions.

The measured spurious emissions are required to be below a specific field strength at a given distance. Typically, both governmental bodies (FCC in the US) and industry organizations (PTCRB for some cellular in the US) care about RSE and will insist your product comply with emissions standards before you’re allowed to sell it.

Why it is important: Typically, RSE problems will prevent you from bringing a given product to market because it’s not legal to sell. You find out you have the problem and the whole product development schedule basically stops while you try to fix it. Note that it’s quite possible to create products where RSE can’t be fixed without a complete do-over. Thus, it’s important to minimize this risk through early testing and consulting with experts to avoid the issues in the first place.

Maximum Permissible Exposure (MPE) is the highest power or energy density that is considered safe for humans. With RF energy exposure, the most restrictive limits for the entire body range from 30-300 MHz. Different limits exist for exposure to only parts of the body, such as the head with regard to a cell phone. Typically, this limit is 10% of the levels that have a 50% chance of causing damage under the worst case conditions.

Specific Absorption Rate (SAR) refers to the rate RF energy is absorbed per mass of biological tissue. SAR measures exposure to fields between 100 kHz and 10 GHz. When determining the SAR, levels are measured as watts per kilogram (W/Kg).

Most portable and wireless technologies with a transmitter in them are subject to SAR testing. Cell phones in the United States, for example, are required to be at or below a SAR of 1.6 W/Kg due to FCC regulations. SAR testing is also required for MRI scanners, although the required limits vary depending on other factors.

SAR testing is a lab test performed with a specialized test system using real samples of your product. While it is possible to fail SAR testing, there are typically things that can be adjusted to pass.

Why it is important: SAR testing when required must be passed in order to legally sell your product. Given that testing of a cellular device can cost $8k or so and take a couple weeks, it’s important to consult with an expert before you do any testing to ensure you have the highest likelihood of passing without needing to re-test. Read our white paper on SAR testing.

It is a wise idea to get expert advice early and throughout the development process. Professionals who deal with design verification testing on a regular basis can help you get your product launched successfully, while avoiding potential roadblocks along the way. It’s fairly common for DVT issues like this to burn months of extra development time.

At F3, we have the experience needed to guide any product through DVT, as well as through all other stages of development. Contact us to learn how we can help. 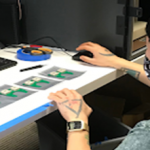 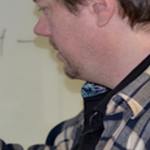