The personal computer is a powerful tool to create efficiency in a business. When computers were first developed, however, they weren’t widely used. This wasn’t just because of size and cost; a major issue was that many business leaders simply didn’t understand how a computer could be used in their business. Once they became more compact and cost-effective, they evolved into a standard part of running any modern business.

The same is true for other types of automation, including the Internet of Things (IoT). We are at the inflection point where IoT is being leveraged to accelerate the average small business.

Asking who can benefit from IoT is the same as asking what businesses can get value out of desktop computers, office software or the Internet. And it’s the same answer, basically all of them.

At F3 Wireless, we’ve identified a series of 10 concepts or paradigms where IoT fundamentally changes basic business cases. We’ve encountered these examples through our direct experience with IoT projects and custom device development for the past decade. Learn more by checking out our white paper: Using IoT to Transform Your Business: 10 Cases for Automation.

In it we’ve outlined:

At F3 Wireless, we specialize in making the “thing” in the Internet of Things. Our professionals can help you explore your business case needs and help you understand the trade-offs so you can choose what works best. We have options for Wi-Fi-enabled products and work with all of the major cellular module vendors. Whichever route is best for your device, F3 can take care of making it wireless. 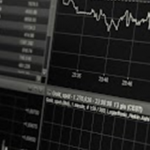 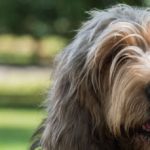