When developing a new product, one vital consideration is often overlooked: Cellular carrier certification. Doing so can be detrimental to project timelines and budgets, as test failures are all too common. Even worse, it’s possible to make design decisions at the start of the project that make successful certification impossible without basically doing a major part of the project over again.

If you want to sell a product with cellular in it, you need to understand exact carrier requirements ahead of time. We will break these down below to help you avoid costly and time-consuming errors.

Disclaimer: Specific details regarding certification change continuously. Consult an expert when you need to start making decisions to ensure you have the most up to date information.

Certification Entities
The most important thing to understand is this: All product requirements must be considered at the same time. Don’t assume that all entities require the same thing, or that one certification guarantees success from the others.

1) Government agencies. This includes the Federal Communications Commission (FCC) in the US and Innovation, Science and Economic Development (ISED) in Canada. In Europe, each government has an agency that oversees certification, but as long as they’re part of the European Union, you only need to pass one set of tests. The test report is usually requested when the product is imported for sale in a particular country for the first time. Each of these agencies has the legal ability to prevent you from selling your product, and it is enforceable by fine and injunction.

2) Industry test enforcement entities. Mainly, this refers to PCS Type Certification Review Board (PTCRB), which oversees device certification for member carrier networks. This does not currently include Verizon and with Sprint’s merger into T-Mobile, that leaves them as the only major North American MNO doing their own thing. Without passing PTCRB testing, member carriers will not allow more than a handful of your devices on their network. PTCRB enforces Idle Mode, Intentional Radiator RSE, receiver sensitivity flatness, and SIM interface tests with pass/fail requirements. They also require TIS & TRP testing, however PTCRB itself does not currently have a pass/fail criteria. TIS/TRP requirements are currently enforced only by certain carriers, for example T-Mobile, AT&T and Rogers.

3) Cellular carriers. Each carrier is unique. They enforce PTCRB and/or their own carrier specific testing and requirements. You need to comply with each carrier’s specific requirements or they won’t let any meaningful number of devices on their network. This applies for both MNOs and MVNOs as the MVNOs are held responsible by the big carriers for compliance of their customers’ devices.

Radio and Electronics Performance & Compliance Measurements
Now that we’ve covered who’s involved, we’ll move on to the actual requirements. Note that these are only the main test items. Specific carriers may have additional requirements, depending on the nature of your product and other factors.

1) Total Isotropic Sensitivity (TIS) refers to the average sensitivity of a receiver system. This includes the performance of the antenna, the transmission line and RF circuits connecting the antenna to the receiver, and the receiver itself. This is a single number that represents the aggregate ability of the radio product to “hear” a desired signal. To determine TIS, the whole radio product is placed in an anechoic chamber. Then the device, antennas or both are rotated in order to take measurements from every direction (in 30 degree steps). The measurements are then integrated to get a single number. For cellular modules with a known tested-receive sensitivity, this measurement is a reflection of antenna performance and device electronics implementation.

2) Total Radiated Power (TRP) is the sum of all power radiated by the radio product when it’s transmitting. TRP is dependent on the conducted power from the transmitter, the losses in the RF circuit between the transmitter and the antenna, and the performance of the antenna. The same integrated sweep described above is used, but it is a measurement of the radiated transmit power of the device. This mainly correlates to antenna performance.

3) Intentional Radiator, Radiated Spurious Emissions (RSE) refers to when a transmitter generates radio signal emissions on frequencies other than the intentional desired transmit frequency while transmitting. To measure RSE, the whole radio product is placed in an anechoic or semi-anechoic chamber. The transmitter is turned on in whatever mode is closest to continuous transmit the product will do and the test system measures RF power at all frequencies outside the intentional transmit signal bandwidth. The measured spurious emissions are required to be below a specific field strength at a given distance.

4) Part 15b, aka Idle mode emissions, aka, Unintentional Radiator, Radiated Spurious Emissions is the same measurement as RSE but done when the cellular device is synced to the network with no active connection. Note that PTCRB limits follow limits established by the European ETSI standards organization, which are slightly different and more strict than FCC limits.

6) Specific Absorption Rate (SAR) refers to the rate RF energy is absorbed per mass of biological tissue. Basically, this applies if your device’s antenna is closer than 20 cm to a human under normal usage. SAR testing is a lab test performed with a specialized test system using real samples of your product. While it is possible to fail SAR testing, there are typically things that can be adjusted to pass.

Additionally, there is an array of network protocol tests, but these are largely covered by the assumption that your device is using a pre-approved cellular module. We’ll mention any major exceptions by carrier.

Failures: There are literally dozens of ways to fail the above items. It’s very common to fail the same test because of multiple causes, all of which have to be fixed at the same time. Iit can be a major effort to balance between the tradeoffs of device requirements, device cost, development cost, time to market, mechanical details, antenna choices and environmental details to bring a product to market. Experience is key to ensure the success of your product.

U.S. Carrier Requirements
Each carrier has its own unique requirements that change often. Talk to each carrier to get the updates BEFORE you start product development. These details can dramatically affect your business case.

All U.S. carriers require FCC approval of your device. Most cellular modules have an FCC ID and Modular Certification grant that defines how the module can be used. If your product uses the cellular module the way the grant states, you can simply re-use the FCC ID of the module and no further FCC testing is needed as far as the transmitter is concerned. If the product doesn’t comply with the existing FCC grant, your device will need FCC testing at the device level and you’ll get your own FCC ID. It is common to do FCC testing for cellular devices, often because there are multiple transmitters in a device and/or the device is intended for use close to human tissue.

T-Mobile requires PTCRB certification and enforces TIS/TRP. Device level PTCRB certification normally runs around $20,000, and testing is completed by a third-party lab. PTCRB tests occur on all bands supported by the device regardless of what bands your carrier may use.

AT&T requires PTCRB certification, minimum performance for TIS/TRP and its own network certification. If you use an AT&T-approved cellular module, certification is almost automatic. This is the exact same PTCRB testing done for T-Mobile.

Verizon requires TIS/TRP testing and has minimum performance requirements your device must meet. They rely on your FCC compliance for RSE conformance. There is Verizon specific network behavior testing. For example: how often you try to associate on the network; do you disconnect from the network properly; does your device respond to network commands properly, etc. Some of these factors will be built into the cell module’s firmware but many of these issues need to be handled by your device firmware. This is just one example where reusing tested firmware (such as F3’s MMA) from an experienced integrator can make a big difference in the time and cost to develop your product. Testing fees can range from $15,000 to free depending on the deployment size and how much Verizon believes in your product. Testing can be done by Verizon’s own lab or at a third-party lab, and they sometimes choose to subsidize testing based on the business case.

Regardless of what a carrier may or may not charge for certification testing, you will want to plan to pay for pre-scans and other outside lab services. Waiting for “free” test services may benefit your bottom line, but it often results in months of extra time in development while you wait for those resources. Instead, seek out cost-effective, third-party labs, especially those that are certified test partners for cellular carriers. Using an outside lab to keep your project moving is money well spent.

An experienced consulting team can provide a little guidance (such as F3’s CertShepard) early on in the project that can save you a lot of time and money. There are many “gotchas” along the way in cellular testing that no one would have a reason to know unless they’ve done it before.

An array of factors affect what testing your new cellular device will need. Key decisions to make early are what your geographic market is and what carrier you want to use in that market or markets. These business decisions directly interact with hardware choices, test requirements and fundamental business cases.

The wisest and most cost-effective path to take is to get expert advice early and throughout the process. Consult with professionals who deal with certification issues on a regular basis and can help you get your product off to a solid head-start. There is no substitute for experience — and it is much better than learning about potential roadblocks the hard way. 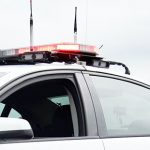 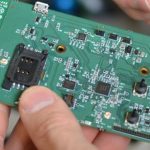